Mark Straker is carrying 77″ lead over Frank Kelly after the first day’s stages are complete. As he told us it is a lot of good fortune as good driving with a lot of his rivals having spins, mechanical problems and the like that has helped him build up the lead he has. While we have to say the results below are very provisional, we have to sort out times that will probably need to be added or ammended, it looks like Straker is carrying a very comfortable lead into the second days proceedings. His helping out of fellow Darrian driver James Stafford has meant the latter is beating his stage times, Stafford has picked up road penalties along the way, presumably related to his suspension problems, had Stafford not had the penalties, he would be lying 2nd overnight. The other variable factor we can’t sort yet for you is Wesley Patterson. He had no time showing for SS5, but has for SS6. Until this is sorted, the top 10 we have for you is open to change, we will update all the info as we get it sorted back at rally HQ.

Now that the dust has settled in the service area and the cars are put to bed in Parc Ferme, we can bring you an updated look at the top 10 and some stories from below. The top 10 is dominated by the two Darrians of Mark Straker and James Stafford. The gap of 50″…

Our Annual AGM will take place 8th November 2016 @ 8pm in The Riverbank House Hotel 2017-committee-nomination-form 2016-agm-agenda Agenda: Please Note: Nominations must be in writing and received by the club secretary before 9pm on Saturday 5th November 2016. 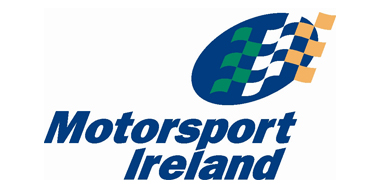 Wexford Volkswagen Stages Rally 2020   Press Release 18:00 hrs 10th June 2020   The arrival of Covid 19 in March resulted in the suspension of all sporting activities in Ireland including motor sport. The Irish Governments recent announcement to move to Phase 2 of the Roadmap to Recovery and the acceleration of the lifting…