Kelly, reunited with navigator Kevin Flanagan, led from the front and the pair were fastest on all of the 9 stages in their VSM prepared Ford Focus World Rally Car taking a commanding win of almost 2 minutes over the Subaru crew of Alan Ring and Adrian Deasy. Kelly also picked up extra points as he was fastest on the power stage, strengthening his case for a first national championship. Kelly’s title assault was also helped when his nearest title rival, Niall Maguire, retired on stage 7 with electrical issues.

Kelly and Ring were joined on the podium by the Tipperary/Cork pairing of Roy White and James O’Brien who rounded off a fine drive with 3rd overall in their 2.4 litre MG ZR. Clonakilty’s Kevin Kelleher claimed 4th overall in his Subaru Impreza World Rally Car and he finished just 5.8 seconds ahead of championship sponsor Kevin Barrett, in yet another Subaru.

In the 2 wheel drive section local drivers Barry Ryan and Ed O’Callaghan caused a sensation on the opening stage of the rally as they lay in 2nd and 3rd place overall in their Ford Escorts. Ryan and co-driver Emmet Sherry unfortunately retired with a light roll on stage 2 allowing O’Callaghan to take a 2 wheel drive lead he was never to relinquish. O’Callaghan’s winning margin over the similar Escort of 2 wheel drive national championship leader Chris Armstrong, was 1min 20secs.

The Wexford Motor Club crew of Graham and Tom Scallan took 8th overall and won the ‘R’ category in their R4 specification Evolution 10 Mitsubishi while Strabane drive Aidan Wray won Group N in his similar car. In the junior section there was a welcome return to form for Cormac Phelan and Katja Auhl as the pair swept to a 58.8 second win in their Citroen C2 ahead of the Honda’s of Brian Brady in 2nd and James Bradley in 3rd. Niall and Conor Keane took the honours in the historic category in their Talbot Sunbeam. 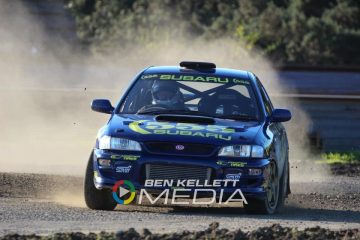 As many will have noticed, the November rally round up didn’t include the Wexford Rallysprint held on the old Albatros site. Given the fantastic results of Wexford competitors, we thought it best to give the Read more…

Given the number of Wexford competitors in Rallies (and rally sprints) across the country and beyond, Wexford Motor Club will be publishing a monthly round up to acknowledge these competitors and their achievements. In our Read more… 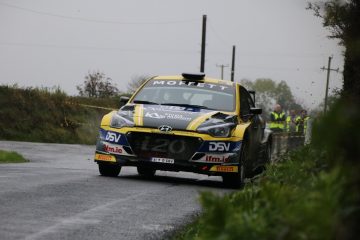 New Ross played host to the 2021 Wexford Volkswagen Stages Rally last weekend and what an entertaining weekend of Motorsport it turned out to be. The competitors started arriving at the Albatros Facility from early Read more…