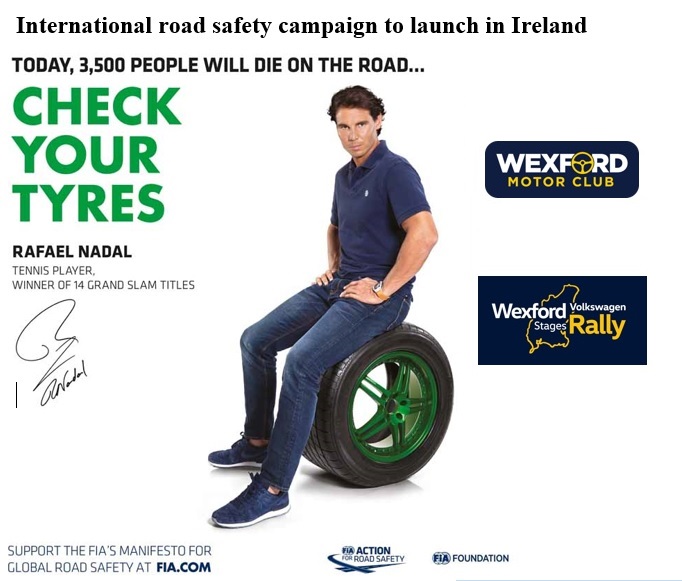 Motorsport Ireland and the Royal Irish Automobile Club announced today that in partnership with FIA and international advertising agency JCDecaux, they will launch a six-month road safety awareness campaign across Ireland on the 17th of June under the title #3500LIVES.

The #3500LIVES campaign will promote ‘10 Golden Rules’ for safe driving on Ireland’s roads as we head into the busy summer period. A host of international sports stars including footballer Antoine Griezmann, tennis legend Rafael Nadal, and Formula One drivers Fernando Alonso and Nico Rosberg have come on board to urge all road users, particularly young males, to adopt the guidelines.

Their messages to promote safe driving will be emblazoned across advertising billboards, street furniture and digital screens in Dublin, Cork, Belfast, Limerick, Waterford and Galway.

Alex Sinclair, CEO, said: “Last year 187 people lost their lives on Ireland’s roads. Every day across the world 3,500 people die in car crashes. That’s more than 1.25 million people every year — and it is a figure that’s expected to rise to 2 million in the near future if nothing is done to reverse it. Particularly concerning is that amongst 15 to 29-year-olds, traffic related fatalities are the first cause of mortality.

“These statistics are shocking and is important that we continue to get the message of road safety out to as many people as possible. The #3500LIVES campaign is a welcome extension of our schools safety program and, along with the support of FIA and JCDecaux, we have an opportunity to reach more people than ever.

“The campaign will highlight some simple safety measures for all road users to adopt. From mid-June people should see these messages across billboards, street furniture and digital screens in Dublin, Cork, Belfast, Limerick, Waterford and Galway. If even one life is saved as a result of this campaign, then it is worth it”

The #3500LIVES campaign is an international initiative supported by famous ambassadors from sport and showbusiness. It also has the backing of the International Olympic Committee, and was endorsed by Pope Francis when he met with FIA President Jean Todt at the Vatican in February.

FIA President Jean Todt. Said: “I encourage everyone to promote and share the campaign’s key messages and sign our manifesto for government action. Too many people lose their life unnecessarily in road crashes daily.

“We are proud to have worked together with JCDecaux on this campaign, and also with 13 fantastic Ambassadors, each of which is a role model, especially for young people, the group worst affected by road crashes.”

Translated in 30 languages, the campaign #3500LIVES is now live in over 30 cities worldwide and will be rolled out in more than 70 countries by the end of 2017. It is estimated that on the launch the campaign will be seen 1 billion times.

Members of the public are also invited to sign a 10-point manifesto (www.fia.com/3500lives), which calls on all governments to make road safety a priority and introduce effective legislation on key risk factors on the road.

Hot of the computer screen, here is what we have from the cars that have made it out of Oldcourt. Hopefully we will have SS2 times shortly. Wexford Volkswagen Stages Rally Overall Results after Stage 1 Pos No Driver/Co-driver Class Vehicle Total 1 6 Enda O’Brien/John Butler 14 Ford Escort RS Mk2 0:09:56 2 2…

The first batch of times are hitting us from the Blackwater test, Wood and Barrett match times but the changes seem to be happening behind them. Stephen McCann has gone ahead of Gary Kiernan into 3rd, McCann setting the fastest time here, and so far, we don’t have a time for Richard Moore. Liam Howlett… 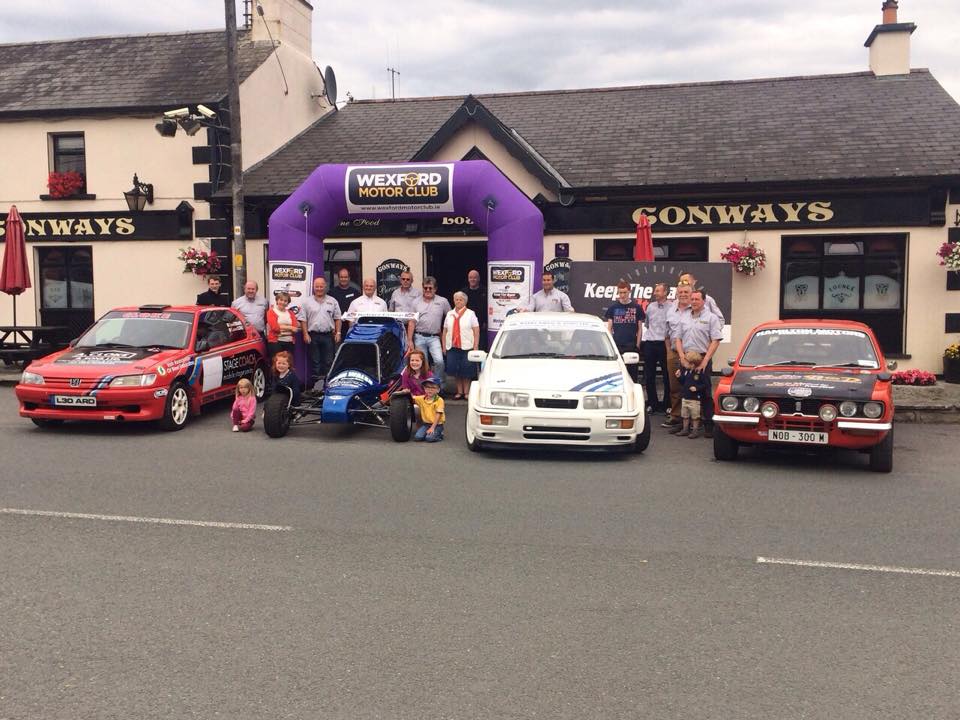 Great turn out at our Autocross Launch in Conways Pub Kildavin on Saturday the 25th of July 2015 . The Autocross is on the 16th of August. We will be having charity buckets out for Carlow & Bunclody Home Care Centre’s on the day. We would like to thank everyone who brought cars and came…