This year’s event officially under way after ceremonial start 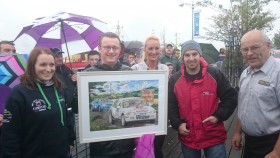 The Wexford Stages Rally 2015 in association with the Riverbank House Hotel is officially under way this evening following the ceremonial start on Wexford’s quay front. Despite wet weather, a hardened bunch of rally followers turned up to hear Dougie Hughes doing his stuff introducing some of the cars that will leave rally HQ for the road start of this year’s event. Top seed Mark Straker, in his Darrian, will lead the field away from the start ramp with the first car away at 09.15hrs. The cars will head up to the middle of the county tomorrow to test themselves over a loop of two stages repeated three times with service halts in Enniscorthy mart. Before all the rally followers departed, the club made a special presentation to James Bradley and Marias Kehoe to mark their achievements this year and the possibility of James being nominated for the Billy Coleman award. 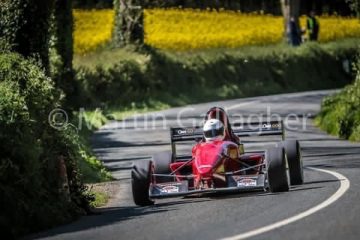 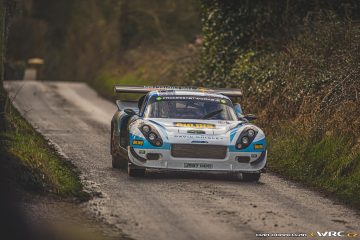